2014 was a year full of events and emotions and it was the year of challenges for me. I like to say that it was the nicest and the hardest season I had to go through. After a year off, going back to training was sometimes physically very tough. The body gets used quickly...to training and to doing nothing ! I had to fight hard to feel fit again but I knew why I was coming back. 2014 was for me a renewal year. New sport project with the French Eight. New project at work with SNCF (French Railway Company). I was highly motivated but aware of all the challenges I was about to face.

It started well with a 4th place at the 2013 Head Of the Charles Regatta with the French Eight, some convincing seat-races in the pair in December 2013 and a 5'52 on my 2k erg. 2014. The flipside of the coin hit me hard. Old enmities, internal problems, problems of communication in the group led me to be out of a project I believed in. The 2014 winter training was the hardest I had to do. As soon as you doubt, it is hard to stay focused and to believe in what you do. I needed a new challenge to pick myself up. Canada was my « New Deal ». A childhood dream came true and my 2014 season was one of my best. Getting used to a new life style, to a new training program, to new teammates, so many challenges to overcome and they are the promise of a great 2015 season.

From the double scull to the pair – Saint Cassien, France, February 2014

After years of sculling with Cedric Berrest, it is in a pair that we started that 2014 season together. One goal : get a spot on the french eight. 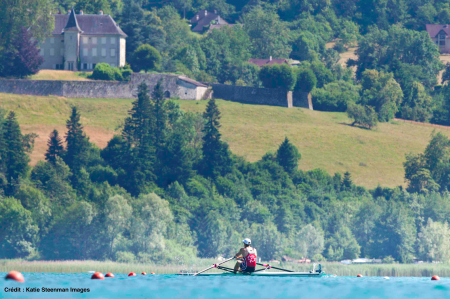 It was not under the french colors but under the canadian ones that I raced in Aiguebelette. I have fondness for that lake. I finished 6th in single scull in front of a cheering crowd. Looking forward to World Champs in 2015 on this very lake. 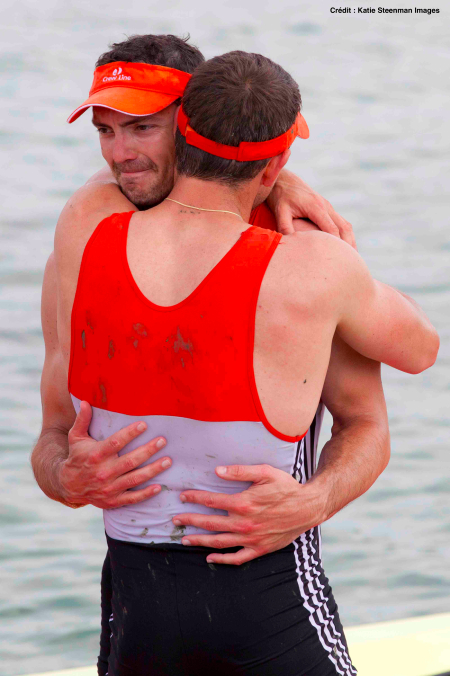 My 12th national title, the 10th one for Toulouse in the quadruple scull. An emotional moment for my last race with Cédric Berrest. 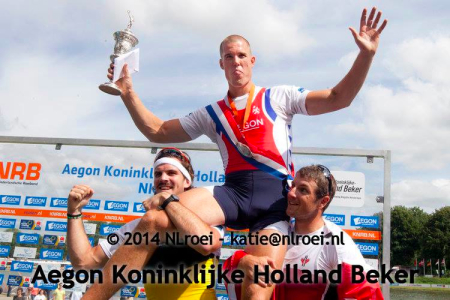 A 2nd place behind the Dutch Roel Braas. This was my fastest race ever in single scull in 6'46''1.

By far the most atypical victory of my rowing career. For this 175th regatta, I was a last-minute substitute for an injured Rogier Blink and I had never been in a boat with Mitchel Steenman (my brother-in-law)before the eve of our first race. We improved race after race to end up in a final against the south african pair. It was my 3rd victory in Henley. https://www.youtube.com/watch?v=FA8c7dnH6Ts&feature=youtu.be 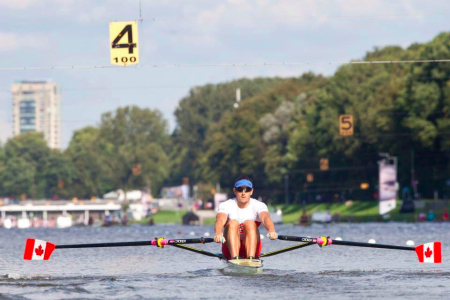 After 3 world champsionships in a quadruple scull, 3 others in a double scull, I had to start one day in a single scull. On the Bosbaan, I had some really good races to only just miss the final finishing 4th in my semifinal. I finished 10th overall and I left Amsterdam with a unique experience. 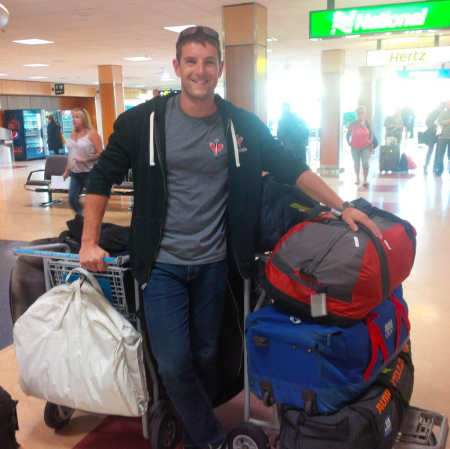 I stayed in Europe during the World Cup season to train and to get ready to move to Canada. Since September I live on the West Coast where I train at the Victoria Training Center (VTC), one of the two canadian rowing centers. 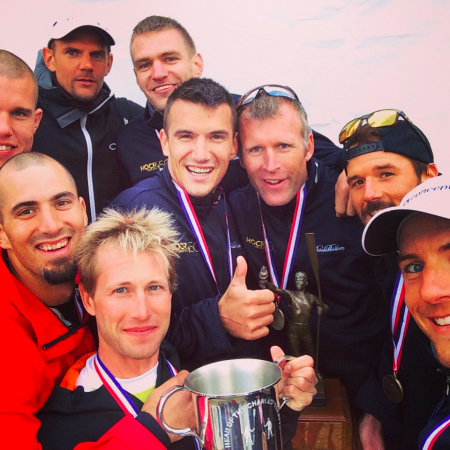 My good results in single scull in 2014 as well as my performance in the pair in Henley gave me the opportunity to be part of the « Great Eight » crew. This crew is made of the best scullers around the world. An incredible experience and a tremendous race that we won over the « Great Sweep Eight ».