Fit and not fat 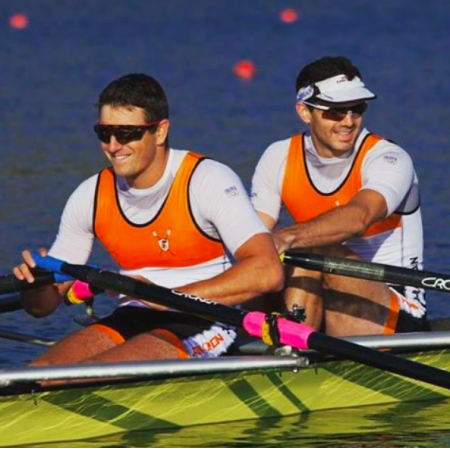 The end of the summer came really fast. It is with my family and my friends that I was able to rest, recharge and forget a bit about Rio. Toulouse was on my itinerary to spend some time with Cédric, to visit friends, to eat some good food in our favorite restaurants. Despite a busy schedule, we managed to row in a double to prepare for French Nationals that we raced for our club Aviron Toulousain. It was great to catch up, to have fun on and off the water. Some might have look at it as a farewell row or the last battle of two veterans.

For us, as we both don’t know what is next, it is probably the last opportunity we might have to race while still kind of fit. And let me tell you that we were like two young kids happy to row together as if nothing happened. We last rowed and raced together in a double four years ago but it still clicks really well. We finished 2nd on Gravelines’ course in a race won by Avignon and a strong Jérémie Azou. Seems like he knows what he does in a double!

Back in Canada, I got myself ready for the Head Of the Charles Regatta. The biggest rowing regatta in the world is one of my favorites. This is the perfect season to be on the windy Charles River to enjoy Boston and the colors that only the east coast can offer. I had the great honor to be asked for the 2nd time to race with the Great 8. The concept is simple. Get the best scullers in the world to race in an eight together. The selection criteria are partly objective and partly subjective. This year the rules were: to be a sculler; to be a 2016 Olympian; to have some sweep rowing skills; to be a good mate; and to be fit. “Fit and not fat” as Olaf Tufte requested. 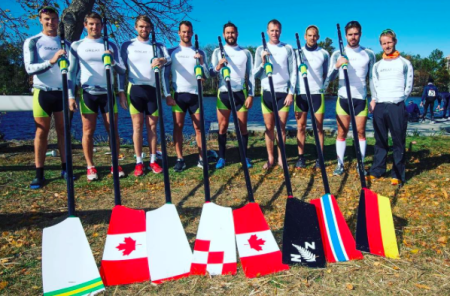 After a tough selection process, James McRae (Australia), Alan Campbell (GB), Damir Martin (Croatia), Mahé Drysdale (NZ), Olaf Tufte (Norway), Rob Gibson (Canada), Eric Johannesen (Germany), our coxswain Peter Wiersum (the Netherlands) and I were part of the 2016 Great 8. However, one rule was broken. Eric Johannesen, who stroke the German’s eight in Rio is not a sculler but he was our savior as we had two last-minute defections (Valent Sinkovic and Angel Fournier Rodriguez). He was able to jump on a plane to save the eight. This kind of initiative is great for our sport and was very well supported by the HOCR organization, Hudson Boat Work and Concept2. It shows to the world of rowing and the world of sport in general what it really is about. Sport creates some real friendships beyond some legendary rivalries. Sport doesn’t have borders. We respect each other for who we are and what we were able to accomplish. In the end we simply enjoy rowing together and do what we like together. A Great Eight of Great Mates. We used the opportunity to also row small boats. I teamed up with James McRae on Saturday to race in double scull. James and I raced each other a lot over the past 12 years and it started with .34 second in Beijing as we took the bronze over Australia. He went on to get bronze and silver in London and Rio. A few strokes to get things going together but I can tell that it could be a promising double. I really enjoyed rowing with him and we finished 2nd ahead of Olaf and Mahé and behind an impressive Penn AC crew.
The next day, we went down the course with the eight. This time it was a bit more complicated. The strong wind, the lack of training together and 2 months off didn’t make things easier. We finished 7th, far behind the College crews. But we bate Leander Club (GB) who was stacked with Olympic champions in the Men’s Eight and the Men’s Four in Rio. The one thing we learnt is that when you are fit, racing hurts but being unfit hurts even more! The Great 8 won twice and lost twice since 2009. The two defeats were in 2012 and 2016 right after the Games. But beyond the result, we had a great time in Boston, we made up at the party and it reminded me that I love rowing and this is why I am still here 17 years later.

Now, back to Canada. I am back in the unknown. The future is not set. I have different options and opportunities in front of me. A post Olympic year is a crossroad where athletes make decisions for the next 4 years. I know that I need time for myself, for my family, for my body to recover. I know what it is going to take to aim for Tokyo 2020. Rowing Canada is still in a process of restructuring our men’s program. What is the project? What kind of training environment and support? But also what is my motivation to carry on?
I don’t have the answers yet.