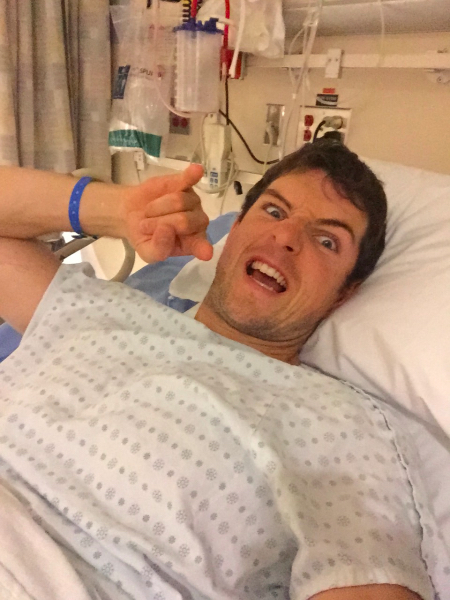 On Friday September 23rd, while I was cutting some bread to eat my Foie Gras and sipping a delicious white wine, my mobile phone unexpectedly biped a few times. As an athlete, I fear emails or letters from WADA (World Anti Doping Agency). Even though I am on holidays enjoying France, I still have to submit my whereabouts on a website.

In short, I have to tell everyday where I am and give an hour-window where I can be controlled without being notified beforehand. Honestly, it is a burden. I am currently traveling around France from one place to another without a precise schedule. But I have to think about it and so far I have been submitting my agenda on a daily basis. If that’s the way to have a fair and clean field, I do it. I have nothing to hide and I hope that all my opponents are doing the same thing.

So I was quite shocked and stressed when I received a bunch of emails from WADA, CCES and then Facebook and Twitter notifications. My first thought was that I missed a control and that my no-show was released publicly or some kind of thing like this. It is easy for me to make a mistake at the moment while travelling a lot. When I opened the emails, it was a different story. It looks like my medical data (supposedly safely stored by WADA) were hacked and published on the Internet. A Russian group of hackers named the “Fancy Bears” are going on a crusade against athletes around the world in order to restore their country’s image. However, there are a few things they should know before releasing this kind of information. Yes, I used dexamethasone and hydromorphone. Those substances are banned for athletes competing and training. But there is a “but” in the process. TUE (Therapeutic Use Exemptions) are made to allow athletes to use a banned substance for extraordinary reasons. I am not going to teach you anything but athletes are also human and we can also suffer from common diseases or a pathology that can require the use of a banned substance. I am not here to discuss the use of TUE amongst athletes. In my case, and as most of you already know, I had a back surgery in February 2015 and I couldn’t avoid the anesthetics nor the painkillers afterwards. I had a 15 days prescription for hydromorphone but I only used it for 4 days before stopping. I didn’t like the side effects. So, yes I used some “doping substances” according to the official list but I did it in a legal frame called TUE where my doctor declared the reasons, the duration and the drugs I had to take. Honestly, given my physical state after the surgery, I was not really about to race.

So Dear “Fancy Bears”, thank you so much for showing the world that I did things in a clean, honest and legal way.
Nothing else to say. I got to get back to my Foie Gras and my wine.

PS: For more info on the matter, find here the CCES' statement and the WADA rules regarding TUEs