500 Days to Rio – An Athlete’s Perspective 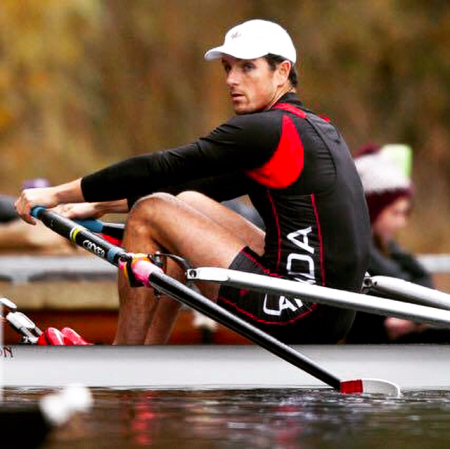 Today marks 500 days before the most important sporting event in the world for rowers and many other athletes. Olympism is the root of our sport and the Olympic Games are the pinnacle, punctuating our careers and our everyday lives.

When I decided in 2013 to take up my oars again after a year off, very far away from international rowing courses, my number one motivation was the Olympic Games in 2016. But so much can happen in 4 years.

Two years ago, I was landing on Martinique in the Caribbean Sea, 10 kg lighter, after rowing the Atlantic and feeling uncertain about rowing ever again.

One year ago, I was still in France training with the French Olympic team.

Just two months ago I was at my best physically and physiologically and today I am recovering from a back surgery.

Then how do I feel about this 500 days countdown?

Rio 2016 would be my third Olympic Games and I start to know what it takes to reach that standard and yet, I know that there is nothing as uncertain as the Games.

Who can predict what will happen in the coming 500 days?

There are more than 1,100 training sessions to be done. I will have to virtually row the Atlantic twice; that’s 10,000km to eat up. As a team, daily commitment is unwavering as we simply go about hard work every single day. Even if the ultimate purpose is the Olympic Games, my experience reminds me that I have to focus on everyday, on every single stroke, on every loss or every victory, on every hard day in order to build my performance. We only get one opportunity, one chance, every four years.

Aiming for gold is one thing. Every rower or athlete around the world, training at this very moment, has this gold fire burning in his or her heart. But the ability to take a positive experience out of every single day will make the difference.

Every day I pick up one thing that I want to change or improve and I make sure that one way or another, there is a positive aspect at the end of the day. It can be about technique, mental aspects or taking the best out of a hard day. End to end, those details, experience and hard work will make the difference between winning and losing.
So many parameters affect the result itself that you cannot control everything and you should not try to. I have learnt my lesson! Life is not all beer and skittles nor aiming for a gold at the Olympic Games. So never build castles in the air.

There is one major milestone leading to Rio: Olympic Qualification. This September, qualification will take place at the World Rowing Championships and it will be a very special moment for me as we will race on a lake that I cherish: Aiguebelette in France.

We have to move forward one step at a time during these next 500 days and qualifying the boat is a major step. However, qualifying a boat does not mean that I will be qualified for the Olympic Games. The uncertainty will continue for us rowers, until a few weeks before the Canadian Team would travel to Brazil.

Every individual experiences things in his or her own way and there is no magic bullet.

At age 22 for my first Olympic Games, I remember being carefree and full of youthful energy and idealism.

At age 26, more experienced, technically and physically better, I felt under pressure and unable to deal with it in London.

And now, almost three years on from London, I’ve learnt a lot and I’ve changed things up. While Rio 2016 would be my third Olympics, they will be my first for Canada.

When people ask me why I do it, years on the water make me believe that beyond the goal itself, it is the journey that makes the difference. So I will not make a countdown this time but I am going to make sure that I will live these 500 days as intense as possible while giving my best every single day.

This is what the Olympic Games are about. Nothing more. Nothing less.