A new program for rowing? 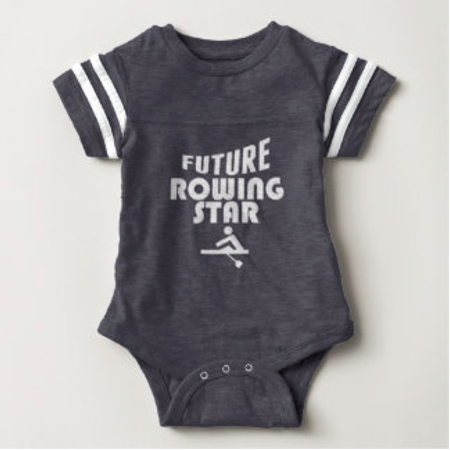 I don’t usually write about subjects concerning sport in general. As an athlete I hear the news and even though it might affect us, it is often difficult or inappropriate to talk about it. Whether it be the Zika virus, human rights concerns during the Beijing Games, the budget management for Rio, or the way the Olympic Games are awarded, it can be hard to withhold your opinion as an athlete. I am also acutely aware that voicing a controversial opinion can elicit emotional responses from all sides of an issue. The new changes to the Olympic program might be one of those issues.

Since the nearly prehistoric days of my early rowing career, rowing’s position in the Olympic movement has been in question. I remember filling out questionnaires at my first world championships in Gifu (Japan) in 2005. “What is your opinion on 500m races?”. “What do you think of mixed events (Men/Women)?”. “Which boat category do you think we should keep/remove from the program?”. I have to admit that an 18-year old Julien Bahain had a firm opinion on the subject: Rowing is great the way it is, why should we change it!

It’s easy to think that your boat event is the most legitimate, and that any change represents a fundamental affront to the sport of rowing. As I’ve gotten (much) older and hopefully a little wiser, I’ve come to accept that some change is inevitable, and may actually be a net positive for the future of our sport.
It’s impossible to talk about necessary changes without addressing the degree to which rowing is beholden to the International Olympic Committee (IOC). The IOC determines our place in the Olympic movement, which I would like to see continue. Today, the IOC has a host of laudable objectives that include improvements in gender equality, universality and sustainability. Rowing needs to demonstrate meaningful change in these areas if it wants the continued support of the IOC. We can no longer delude ourselves with the notion that our huge athlete count (550), costly infrastructures (17M€ in 2012), and relative lack of revenue will continue unfettered..

I believe that the addition of lightweight events that duplicate heavyweight ones complicates the general public’s perception of a sport that already struggles with esoteric language and quadrennial media attention. Is the answer to play this game of musical chairs? Should we create an 80-90kg category to delve deeper into the weight concept? Or should we create more duplicate events to lose any novice spectator who would dare to try and comprehend an Olympic race?
I believe that it’s crucial that we seize the opportunity to deeply reform our sport with a groundbreaking project that will allow us to reclaim our lead role in the Olympic movement. Until the middle of the 20th century, the rowing program at the Olympics was far less codified. Different distances, duels, and rivers with stream or calm water on a lake were accepted practice. Rowing was more adaptable to the host countries’ traditions and history. It is time to propose an innovative option that will solve the problems with the IOC’s requests (Gender Equality, Universality, Inclusion, Sustainability, Health of Athletes, etc...) while making it easier for the media to cover.
I’ve become a staunch supporter of an Olympic program that would allow athletes to double up (race in more than one boat class) in a way that they could be competitive in both events. It is technically permitted today, but virtually impossible given the lack of rest with the event scheduling. Why am I in favor of such a program?
It would:
- Allow the same number of rowers (550) while increasing the number of boats per event;
- Solve the problem of gender equality while keeping the quality of the field;
- Increase the depth of the field and display some very tight races in every boat class;
- Allow “rowing stars” and “rowing names” to emerge by multiplying the chances of medals per athlete like in swimming, skiing or track & field;
- Increase our media attention over a full week and beyond;

Like Martin Cross or Rowing Related, I am a supporter of a “short boat” program at the beginning of the week and a “long boat” program at the end. Envision something similar to the way World Cups are currently formatted over 2-3 days. To race the quadruple scull, you would have to be racing the single and/or the double scull. Why not enter more than one single sculler per country while keeping the continental qualification system to maintain universality at the Olympics? I also believe we should treat the quadruple scull and the eight as relay events, much the same as swimming or track & field.
Rowing could also include some ergometer as part of the program. A 2k erg test for rowers who are also competing on the water would be a huge win for universality. With the advent of CrossFit, there are now legions of people around the world that speak erg, and could relate to the efforts and numbers produced live on tv? I have always wondered why the erg average of a crew was not part of the data at the start line of an Olympic race, or even at the World Championships. Creating a compulsory entry at an indoor event per year for rowers who aspire to race at world stage would allow the FISA to collect numbers and to create a “winter tour” incentivized by prize money. What about Olympic location? Racing distance? Mixed events?

Ultimately, I believe the proposals to replace Lightweight 4 with the women’s four or the men’s double with the lightweight single are not the right way to look at the problem. Rowing has to innovate to survive. I don’t think that lightweight rowing has proved a tenable answer. Imagine if we created a heavyweight marathon event to help a few countries to get into track & field, and the event was won by a succession of very large Kenyans.
I’ve had my butt kicked by lightweight rowers on the water more times than I care to recount over short and long distances. A quick look at the times from recent world championships reveals that the best lightweight rowers would be competitive with heavyweight rowers. Some would probably be better without their insane diets! Some of them would win as in the 1992 men’s double scull.
To me it’s doubtful that the 100m sprint would be more popular with the addition of weight classes. Let’s keep it simple, and easy to understand. This is what the Olympic Games are about today.

Collectively our priority must be to keep rowing at the Olympic Games in the 21st century, and that means seriously rethinking our whole program. There isn’t room for sacred cows and half solutions that extend our uneasy welcome for another quadrennial or two.
Finally, I want to emphasize that I am not looking for a controversy. I know that some of my lightweight friends are going to be upset tomorrow morning, but I believe that sharing ideas and proposing solutions are vital to progress. There may be no ideal program, and we will never make everyone happy, but let’s put our egos aside and do our best to build a real future for our sport.